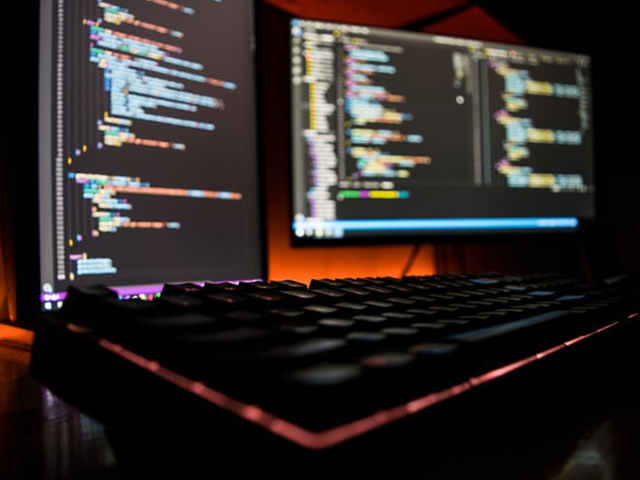 Pocket PC magazine has published the list of nominations for its Third Annual Best Software Awards. Over 400 pieces of end-user Windows Mobile™ Pocket PC software have been nominated in categories ranging from Action Games to Calculators to Music Composition to Bibles. The process began in May, when Pocket PC magazine editors and their Board of Experts started with over 1600 pieces of Pocket PC software from the Encyclopedia of Software and Accessories database.

The nominations will be finalized on July 31, 2003. In August, over 50 experts will cast their ballots for best software. Award finalists will be announced in September. Winners will be honored in a ceremony on October 22 during the Pocket PC Summit, held in partnership with the CTIA Wireless IT and Entertainment show in Las Vegas, Nevada. The Pocket PC magazine 2004 Buyer’s Guide, available in September, will include descriptions of the nominated products. Award winners will be recognized in the January 2004 issue.

Fujitsu has developed a PDA screen with a 800×600 pixel resolution. The company also claims it will be able to show digital TV and have three times the number of pixels as existing LCD screen.

According to the Register, Instead of separate red, blue and green pixels of the kind found in today’s LCDs, the Fujitsu system uses fast-changing colour backlights to allow a single pixel to display any of the three primary screen colours. The upshot is an effective three-fold increase in the number of pixels.

The company has just created early protoypes and does not expect to commercial availability for a few years.

One of the challenges that Pocket PC users face daily is effective data entry. Speech to text is still a far-off reality, and while folding keyboards are effective, it’s another expensive and cumbersome tool that needs to be carried around. There are various specialized input methods designed for the Pocket PC, but they require training and practice. Spb Full Screen Keyboard bridges the gap by providing a fast, easy to use input method based on the QWERTY keyboard everyone already knows how to use. There’s zero training required, which means users can be productive immediately.

Two of the most significant enhancements with version 2.0 are the inclusion of a new input method, and word completion. The new input method is deceptively simple: the normal Pocket PC keyboard was duplicated, with the exception of one seldom-used key. This key was replaced with the Full Screen Keyboard icon, allowing for immediate, one-tap switching between the normal keyboard (which is useful for entering a few words), and Full Screen Keyboard (useful for entering large amounts of text). Word completion has been added, which further reduces the number of key presses needed to complete a given word. The built-in dictionary contains 8000 words and is localized to main languages, and unlike the word completion built-in to the Pocket PC, when a word is added to the Spb Full Screen Keyboard custom dictionary, it remains there, even after a soft reset. Over time, this will make word completion even more useful, especially for technical terms in the medical and professional fields.

Further enhancements include sound profiles, which allow the users to configure the sound effects generated. Want your Pocket PC to sound like an old typewriter when using Full Screen Keyboard? Now you can! Another feature added to enhance user enjoyment is the all-new skin collection. Eight new, high-quality skins are available for download off the Spb Software House site, along with twelve language-specific skins. New skins are easy to create – customers can download a PhotoShop template file and create their own custom skins within minutes. This allows customers to customize Full Screen Keyboard to their liking, and enterprise customers to extend their brand.

Handango will assess the submitted applications against commercial and technical criteria. The first 100 successful developers will receive a voucher for 100 free signing events.

I’we first heard about Fossil “smart watch” about 2 months ago and since then I was waiting for the Pocket PC version to appear. At last, here it is – guys from Fossil kindly gave me one of those to play with.

The device is being shipped in a very stylish plastic box. Inside there are lots of goodies except for the watch itself: user guide, CD with syncronization software, beaming cradle and a half-year supply of batteries. By the way, batteries shipped with Wrist PDA-PC perfectly fit backup batteries for Casio’s and the new Jornadsa’s, so I was twice as happy, since our Casio E-125 always complains about dead backup battery.

My first impression of the device was like this: “Gosh, this thing is too huge!”. But after using it for 2 or 3 days I changed my mind. Size doesn’t matter when you have all the data from your Outlook at your wrist.

Wrist PDA-PC is a rugged black watch with 2 buttons and a joystick for navigation. All the “smart” features are accesible from the menu. Buttons are used to enter/leave the menu, change views in Calendar (day/week/month), Contacts (personal/business/other groups) tasks and notes. Joystick is for navigating through menus and scrolling items that don’t fit into screen.

I must admit that the device is very rugged. It is water resistant (I’ve even been taking a shower with it) and, maybe, crashproof. At least, nothing happened with it when it fell from my table on the floor 😉

What it can and what it can’t do

Wrist PDA-PC is a perfect address book. The only thing that I didn’t like is that you can’t change the way names appear there. They are always shown as “Last name, First name”. Not a big problem – I’we even got used to that.

This is how this thing syncs with Pocket PC

Calendar is another great thing to have at your wrist. The watch has sort of today screen, where all the appointments and tasks for today are displayed. More than that, when it comes the time to remind ypu about some appointment in the calendar, the watch makes a sound and shows the info about it. The same thing happens with tasks.

As for the watch function – there are several watch faces you may chose from, as well as support for installing additional faces, although I didn’t find any at Fossil’s website.

Fossil Wrist PDA-PC comes with a special edition of Peacemaker software for Pocket PC. It allows beaming necessary data to the watch: you choose what you need to beam, select ‘Receive data’ from watch menu and hit ‘Send data’ button on the Pocket PC. Syncronization takes some 15 seconds, but if you have lots of appointments, notes and contacts it may take about a minute time. You can also choose which data to beam: for example, you may beam only calendar or just selected categories from your contacts list. Anyway, the software is great: it’s functional, it’s easy and it’s reliable.

There’s a syncing cradle shipped with PDA-PC, but I’ve used it only once. The syncronization runs smoothly when both watch and Pocket PC lay on the desktop or even when you just align infrared ports of the watch and your Pocket PC having Pocket PC in your hand and the watch on your wrist.

You can also beam business cards to and from watch to any Pocket PC with Peacemaker Personal or Pro software installed, as well as from one watch to another. You may also beam your own business card (the information from ‘Owner’ section of Pocket PC’s today menu).