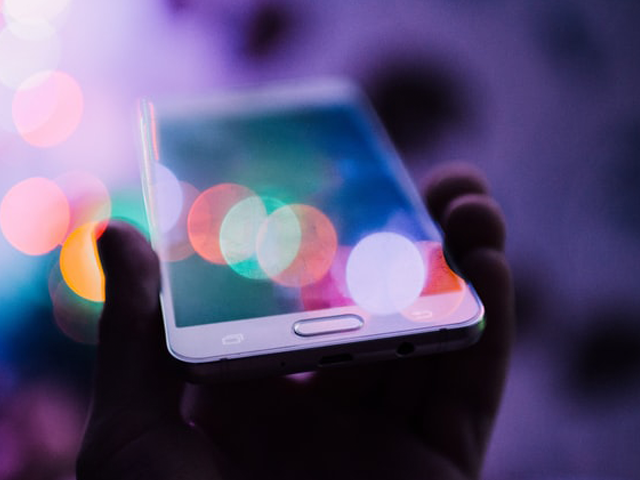 The global market for phones with PDA functions has tripled compared with last year, according to a report from market research firm IDC. Second quarter shipment figures for PDA-phones show a growth of 330.7 percent over the same quarter in 2002.

One reason for the huge jump: converged handheld devices or “smart phones” are starting from a very small base. The market now makes up 1.7 percent of the total mobile phone market, compared with 0.5 percent in the same quarter one year ago, according to the report.

Microsoft’s recently launched Smartphone platform doesn’t appear in the top five, though pundits have predicted that with the software giant’s support, it is bound to make its mark in the market soon.

Overall, shipments of plain handsets again grew strongly in the second quarter, with the winners being Finnish maker Nokia, Korean firm Samsung and joint venture Sony Ericsson. These firms kept or expanded market share at the expense of US maker Motorola and Korean firm LG, said the report.

Intermec Technologies today announced that users of its 700 Series mobile computers now can stay connected to applications as they move between wide area and local area wireless networks. IBM’s WebSphere Everyplace Connection Manager (WECM) software supports Intermec’s dual-radio computers to provide seamless roaming that does not require users to log on each time they re-enter network coverage. The Intermec-IBM system continually monitors the airwaves to determine what coverage is available and automatically routes wireless traffic through the lowest-cost network.

Seamless roaming between networks is a major breakthrough in wireless computing because it provides significant cost savings to users by reducing wireless airtime charges and leveraging investments in 802.11b wireless LANs and public-access “hot spot” connection services.

Intermec 700 Series is the first handheld computer line to offer wireless roaming. IBM’s WECM solution allows session persistence over any of the radio options available in the Intermec 700 Series, including GPRS, CDMA, or IEEE 802.11b. The 700 Series also supports Bluetooth wireless for short-range connectivity between computers and peripherals, and can simultaneously support all three forms of wireless communication in a single device. Intermec’s SymPhone option allows workers to use their 700 Series computers to make voice-over-IP phone calls over wireless LANs.

Intel Corporation today announced the availability of optimization kits that will help wireless application developers improve the power and performance of cell phone and PDA applications running on processors based on Intel XScale technology.

Results from software vendors using the kits in early trials have shown performance improvements anywhere from 50 percent for a mobile gaming vendor to 20 times better for a fingerprint recognition application. Meanwhile, other companies including a videoconferencing software maker experienced a 25 percent increase in battery life.

The kits include a Pocket PC PDA based on an Intel PXA255 processor for downloading and testing the applications, as well as a number of software tools and a support CD used for fine-tuning the applications. The Intel tools include the Intel VTune Performance Analyzer software and the Intel C++ Compiler for Microsoft eMbedded Visual C++. The support CD contains optimization documentation, software development kits, sample code and links to Intel optimization resources. The kits are available now at www.shop-intel.com/shop/product.asp for $999.

Samsung Electronics launched a wireless handheld device in South Korea Monday that combines a phone, a TV, a camera, and a camcorder in what is the beginning of a line of feature-packed gadgets that the company plans to roll out this year.

Besides phone, camera, TV, and camcorder capabilities, it also has an MP3 player, and serves as a two-way radio and has wireless infrared links for exchanging data with other devices. The MITs M400 will sell for one million won, or approximately $800, a spokesperson for the company said.

The handset has a 3.5 inch TFT-LCD that can be adjusted for portrait or landscape viewing. The 300,000-pixel camera and camcorder can also be swiveled 270 degrees for taking still shots or clips.

The device comes with 128MB of memory, expandable to 512 MB and is based around Intel’s PXA250 XScale processor running at 300 MHz.

Korean electronics giant Samsung has announced a new mobile processor with a clock speed of 533 MHz. The company called the new processor the “world’s fastest mobile CPU” and promised it will offer new functions and services for mobile phones and PDAs.

Samsung said the new mobile processor, designed for improved handheld performance and power efficiency, will be mass produced beginning in the fourth quarter of this year.

Dell Computer said on Wednesday it has identified a software glitch inside its Axim handheld and will not ship new units until it corrects the problem.

The company said that Axim X5 models – its first and only handheld – running Windows Mobile 2003 for Pocket PC contain a software glitch that reduces their performance on many applications.

Dell recently began offering the Axims X5 with the new software. Instead of introducing a new Axim model to go with the Microsoft software, which came out on 23 June, Dell added it to existing X5 model, leaving its basic hardware unchanged.

Since they began receiving Dell Axims with the 2003 software installed, a number of Dell customers have reported a noticeable lack of performance in the newer models versus older models with Microsoft’s Pocket PC 2002 software.

Dell pledged to look into the issue earlier this week, but at the time it said it had not yet received any formal complaints. Since then, a company representative said Dell ran tests and discovered the performance issue with Axim X5s loaded with the 2003 software.

Dell is likely to deal with the problem by offering an Axim software update. While it works on the fix, the company will continue to take Axim orders. However, it will not ship any new Axim units or offer a planned Windows Mobile 2003 for Pocket PC software update for Axims currently running Pocket PC 2002 until the fix is available.