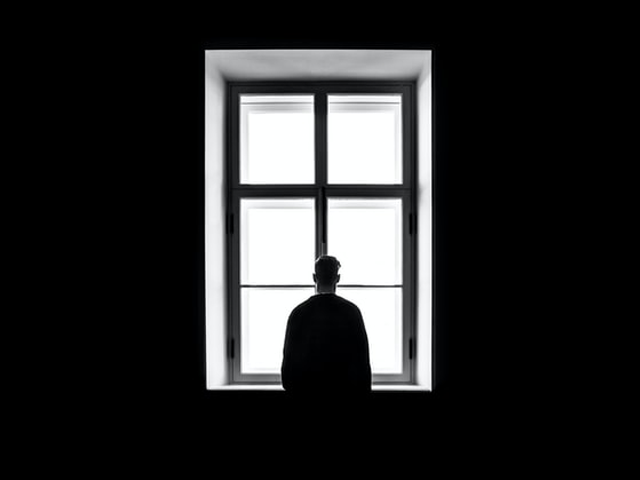 Shortly after reading Lilly’s book, I discovered that someone in my own town has a floatation tank in their home which they rent out to curious folks like myself, in 90 minute sessions. I’ve just gotten out about 90 minutes ago. Here is my report of that session.

I get inside the tank and shut the door. I’m in pitch blackness and I’m wearing earplugs – this is strange already! I move to lie down and get comfortable. The water truly does keep me afloat. However, my neck doesn’t feel very secure so I get out of the tank to grab this bubble wrap material that they told me I could use to give my neck some padding.

I get back inside and all this movement causes some water to drip into my eye. The water is highly concentrated with salt, and it burns like hell.

I’m trying to get comfortable now with my neck being padded, but I’m having trouble catching my breath. Then I get salt in my left nostril, and it burns, and then – dammit! – now somehow water has dripped into my other eye, and it’s burning, too. This would be comical if it wasn’t for the pain!

The burning fades quickly, but I lie there for the next 30 minutes in a constant struggle to breathe and relax. It never happens, and I am never able to embrace the floatation tank experience.

It’s too warm in here and there is no air flow. The “fan” is so faint I could not even tell it was on until I rotated myself to be directly underneath it.

With my ears underwater and having earplugs in, it’s like it’s just me and my breath in here. This is bad news because it puts way too much focus on trying to breathe, and all this just exasperates the problem.

I decide to open the door to let in some fresh air.

This helps but I still can’t breathe easily.

With the door open, light is now coming in. This is distracting so I get out of the tank to turn off the light.

At this point, having not been able to relax or easily breathe the whole time, and then having to get out of the tank real quick to turn off the light – yes, I’m very frustrated! I’ve not enjoyed any of this so far at all.

The remaining time was much the same, and I never was able to experience the tank in the way it should be.

I was supposed to do 90 minutes, but I left the tank early because I was so uncomfortable.

I felt bad having to tell the owner, a very kind woman with lots of energy – and the beauty of someone half her age – that my experience was unpleasant. She suggested that my breathing problem it’s due to some alignment with my spine, since it manifests only when I lie straight down on my back. Funny I had never really thought of this, I wonder if it’s true?

Amazingly, instead of charging me, she instead offered me a second session, free of charge. I’d very much like to take up her offer but I fear it will be much of the same – I simply won’t be able to breathe the whole time.

I’ve had problems breathing on and off for the last 4 years. When I lie down, I often can’t breathe through my nose, and this results in a cycle of trying to catch my breath, being to breathe good temporarily, and then trying to catch my breath again, and so on. When this was keeping me up for hours at night, I started using that nostril spray that clears your sinuses up.

I’ve just realized now as I type this that I should be able to do the same thing right before going in the tank and maybe then I can have a real tank experience.

On the plus side, there were a few brief seconds where I could understand the potential for how neat this could be, because your body really does float and it takes absolutely no effort. After doing this for some time, the weight of the body is so displaced and different than normal, it’s a really odd sensation. If I could have breathed and relaxed in total darkness in this state, it would have been very cool.But today was really not what I was hoping for at all and I’m honestly still kinda pissed off about it.

Becoming a Minimalist: Thoughts on Owning Less and Living More

“The Things You Own, Ending Up Owning You.”

While I don’t even own all that much stuff already, I feel there’s always room for improvement to own less.

Actually, the truth is, I’ve been reading about people doing things like owning 100 things or less and while I was recently traveling in California and living out of laptop bag, I realized how liberating it would be to try and get rid of a bunch of crap and live on less.

That being said, I’m now making a concerted effort to get rid of much of my belongings that are just taking up space and not getting any real use.

The litmus test here is to ask myself the following question:

“What value am I getting from owning this item?”

If there’s no clear answer to that question, the best thing to do is probably get rid of it.

That means either donating it, giving it to a friend, selling it, or if I have to, throwing it in the trash.

So far this means I’ve gotten rid of a ton of books. About 3 or 4 grocery bags worth actually. (Which is hard, because I love books – it’s really the only “thing” I tend to buy on a semi-regular basis.)

I’ve also been able to sell some VHS tapes and DVD’s, but not many.

But I’m not yet sure what the best will be to get rid of so many smaller items, not to mention old clothes, extra computers, random computer parts, decorative items, and so on. Probably a garage sale followed by a visit to Goodwill.

I’m also thinking of getting rid of my TV and entertainment center, since 99% of anything I watch I do on my computer and not my TV, which is huge and weighs 100 pounds and takes up an entire corner of my bedroom. It would be kinda nice to have that extra space back in which to put – wait for it – nothing!

Damn – Why Do We Always Own More Crap Than We Realize?

If you’ve recently moved, you know how this works.

The more you go through your things and pack them, the more shocked you are to realize how much more crap there is still left to pack. And oh no, what about all that stuff in the attic? And so on…

That’s what’s happening to me now as I try to reduce the amount of belongings I own.

When I sold my condo a couple years back, I downgraded my entire living quarters into a large bedroom equivalent to a studio apartment. This meant I did get rid of a lot of stuff but I also put a bunch of things in the attic at my new place. Now, all that crap in the attic is coming back to haunt me! And then there’s all the stuff in my closet. And then there’s even more stuff in the trunk of my car and in the back seat, just taking up space and serving no purpose. And god only knows where I have more crap hidden that I will soon unearth and have to deal with.

Hopefully, by the end of this month, I will have significantly reduced the amount of items in my attic, closet, and car, and everywhere else!

I think it might be fun to do an update at the beginning of August. What do you think?

Getting Rid of Things Opens Up Options & Opportunities

I want to mention again how liberating it does feel to own very little. I say this because this whole “minimalism” thing isn’t just something to “do.” For me, it has very personal, practical, and positive consequences.

The main reason I fancy the idea of owning very little is that I feel it makes it easier to experience what the world has to offer.

I already work from home and can potentially work from anywhere the world (so long as I have my laptop and a solid internet connection.) The less I own the easier it is to put such things into practical specifics and travel, visit friends and family in other cities, or even move altogether to a different city if I wanted to.