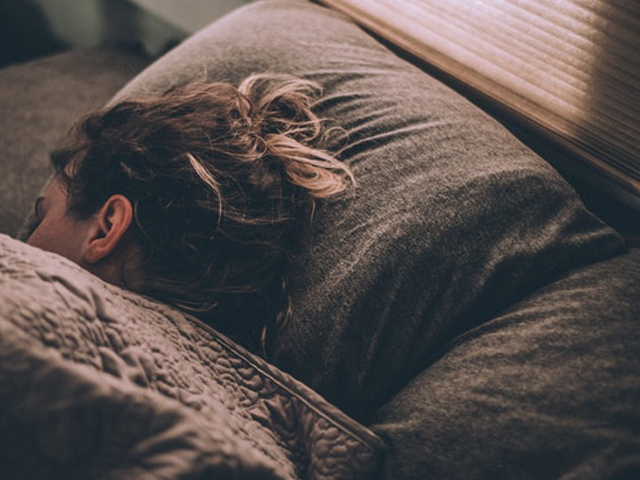 Something funny happens when I read books on lucid dreaming:

I have more lucid dreams.

It wasn’t but a day or two into reading Robert Waggoners new book, Lucid Dreaming: Gateway to the Inner Self, that I found myself experiencing more lucidity in my dreams.

(And hey – not a problem. I will gladly trade waking myself up at all hours of the night in an attempt to induce lucidity for reading a great book on lucid dreaming.)

Other themes from Waggoners book began making their way into my dreams, too – especially how I thought about my dream experiences upon waking.

I’d write my dreams down, and then find myself asking questions like:

One of the first points Waggoner makes in his book is that, contrary to our popular understanding of lucid dreaming, lucid dreamers do NOT control the dream.

He explains this using the following analogy:

No sailor controls the sea. Only a foolish sailor would say such a thing. Similarly, no lucid dreamer controls the dream. Like a sailor on the sea, we lucid dreamers direct our perceptual awareness within the larger state of dreaming.

At first glance, this might not sound like a big deal, but this is quite a break from most definitions.

Starting from this mindset, there are many interesting consequences, from refocusing the concept of lucid dreaming beyond a self-centered, sometimes egotistical experience, to wondering then what sort of limits there are in this world that I previously thought of as under my control?

And finally, it begs the question that’s surely on the tip of your tongue right now:

Hey, if I’m notcontrolling this dream, then who or what is?

3 Questions for Robert Waggoner, author of Lucid Dreaming: Gateway to the Inner Self.

I’d like to highlight one of the more startling interactions with dream characters you speak of in your book. In chapter 4, “Beyond Freud’s Pleasure Principle”, you write about an experience in which a lucid dreamer tells a dream character named Sandra that she was a character in her dream, and then:

She replied that I’m a character in her dream.

To prove her wrong, I did various things such as fly around the room and change our environment.

Sandra did similar tricks. Neither of us could influence the other.

After a bit of this, I was very confused and Sandra commented that she, too, was confused.

Ben, thanks for your question.  I first became interested in this topic, when I noticed how many lucid dreamers reported the dream figure looked annoyed or upset after being told they were dream figures.  This did not support the prevailing thesis that all lucid events are the result of expectation and mental modeling.  Looking in to it more deeply, I felt like the Dr. Dolittle of Dream Figures – I wanted to talk to them, and understand them from their perspective.

In the conscious conversation you pulled from my book, lucid dreamers see the shocking complexity of dream figures.  First, the dream figure suggests from its perspective the lucid dreamer is the dream character! Then, it responds rationally to the lucid dreamer’s attempt to demonstrate superiority by showing that it can do everything that the lucid dreamer does.  Finally, it realizes the futility of these attempts at persuasion, and emotionally shows its sense of confusion.

Think about that.  A dream figure shows apparently unique awareness, the ability to observe and rationally respond, and the capacity for emotion.  Incredible.

Like many lucid dreamers who experience these moments, we are left with the sense of some dream figures having awareness roughly equivalent to our own (and sometimes greater!); a point the German psychotherapist and lucid dream researcher, Paul Tholey, suggested also.  So lucid dreamers quickly see that dream figures are much more than mere symbols or ‘a reflection of some aspect of yourself.’ Some dream figures appear basically self-aware.  As such, they demonstrate a unique independence and separate-from-the-waking-self thought process.  Lucid interactions like this may be showing us actual ‘sub-personalities,’ or ‘ego-complexes’ in action.  In lucid dreaming, we may have the means to investigate a continuum of conscious forms; both those beneath our level of awareness and also those beyond it e.g, the Self.

What motivates these dream figures?  Good question. By all appearances, this level of dream figures seems motivated by the desire to be understood.   They don’t seem to have an agenda to dominate or usurp the lucid dreamer – any more than they want to be dominated by the lucid dreamer.  They appear to want recognition, appreciation, possibly even respect.

However, as I point out in my book, there does seem to be another class of dream figures motivated by the desire to educate and assist the lucid dreamer.  They often appear when the lucid dreamer needs help or actively asks for assistance, and refer to themselves as “guides” or “guardians.”  As such, we seem to have different types of dream figures, possibly with different motivations.

Free will?  By their actions in lucid dreams, it definitely appears that some dream figures have a separate-from-the-waking self sense of awareness and act according to their own intents.  So yes, some appear to have a type of freedom of action within that realm.  Of course, a larger subset of dream figures appear to have very little, if any, awareness, and may constitute a more basic level of mental formation.

Through your own experience, you’ve come to the conclusion that lucid dreamers do not control the dream, but rather, act more as a guide through the dream, much in the way a sailor moves through water but does not control the ocean.

In this analogy, it’s easy to imagine the sailors boat propped up in the water, with him navigating, but not controlling, the ocean – but in a lucid dream, when we are manipulating our surroundings and experiences, but are still not the ones ultimately in control of the dream, who or what is?

In my book, I suggest that lucid dreamers “direct the focus” of their dreaming, but “do not control” the entire dream, much like a sailor directs the movement of the boat, but does not control the sea.

Lucid dreamers notice this when they fly through a wall and encounter an entirely new, detailed environment.  Who created that environment and all the details?  Not the lucid dreamer.  He or she was simply flying through a wall.  The lucid dreamer did not consciously pre-determine (or control) that the next room would have two doors, green walls, five desks (some with staplers), three dream figures, etc, etc.  But somehow, that is what the lucid dreamer encounters upon flying through the wall, and basically accepts it without thinking about it or controlling it.

Obviously, something fleshes out the dreamscape, and creates all of these details, which are not consciously considered or intended by the lucid dreamer.  But what does it?  How does it come about?

Here, we have a number of possibilities for dream scene creating: 1) the lucid dreamer’s subconscious dredges up appropriate details through an automatic dream making process, 2) or a hybrid system of subconscious dream making exists both automatic and purposeful, which allows for deep meaning and the entry of apparently aware, independent dream figures, or 3) an inner awareness throws together the dream scene with lightning fast speed, possibly in keeping with certain principles or overall purposes.  Of course, once the dream scene emerges, the lucid dreamer can focus on anything in that dream scene and try to direct it – or if talented, the lucid dreamer can focus his intent on potentially anything (flying to outer space, conducting a dream experiment, smashing the dream scene, etc) and try to achieve it.

From my lucid dreaming and research, I knew that my beliefs, expectations, focus, intent and will appeared to coalesce to help create or direct the formed reality.  However, the surprising elements and sometimes shocking information that I sought out (such as clairvoyant and precognitive information) which appeared in some lucid dreams, suggested that something more was involved.  In my book, I call this the Inner X, an inner unknown – since my waking self was unaware of the information.

In part, this caused me to assume that a larger awareness existed ‘behind the dream.’ So I began posing questions and requests to that non-apparent awareness behind the dream.  I would just shout out what I wanted.  Incredibly, a response would occur – sometimes of mind blowing proportions.

So in answer to your question, it may be that like the human body which has automatic functions and the capacity for intended actions and thought, dream creating has both an automatic function and a capacity for intended action and thought, most easily seen when lucidly aware and actively engaging it.  However, the action and thought can originate from multiple layers of the Self – the conscious waking self in the dream, subconscious intents and/or the inner Self or awareness behind the dream.

Lastly, a more mundane, but rather important question:

In your presentations on lucid dreaming, you often begin by asking people if they’ve ever had a lucid dream. About 80% of the hands go up. One question later reveals that about 35% of the audience has had more than 2 dozen lucid dreams. But if you go further and ask who has had more than 100 lucid dreams, you wrote that you might look out and see just one hand, alone, in a sea of people interested enough in lucid dreaming to actually attend a lecture or conference on the subject.

This point bothers me.

Despite the rich amount of information describing techniques to induce lucidity and assurances from people that it’s not hard to do – it is.

Why do you think this is the case and what can people do differently to change this?

Personally, I feel that this culture does not value dreaming, nor does it approve of altering consciousness.  When you put those two things together, you create a cultural sanction against lucid dreaming.  As social beings, it seems hard to go against the culture and its belief system.

If the culture valued dreaming, and approved of altering consciousness, you would likely find a flourishing of lucid dreaming and a much deeper exploration of it. Individually, we must learn to value dreaming, value active explorations of consciousness, and value lucid awareness.

Once we value something, let go of limiting beliefs, and reward or praise the activity, it becomes much easier naturally.

So it is important to un-earth those limiting beliefs, address the fears and hesitations and create what I call a ‘welcoming mental atmosphere’ for lucid dreaming.  That, along with persevering in a proven practice, should get most any truly interested person into the game.

Lucid dreaming does not seem to be everyone’s path.  But I believe almost anyone can become a talented amateur, and see for themselves the potential and beauty of this approach.