If you’ve been keeping up with health news, you’ve probably heard of MCT oil and hemp seed oil before. They’re among the many unorthodox treatments the industry has concocted. You should also know that they’re rising in popularity recently, which might be the main reason you want to learn more about them.

Despite many people associating one with the other, these two treatments are incredibly different from each other. For starters, each type of oil consists of different ingredients. Moreover, their potential benefits, while somewhat similar, carry several differences. If you plan on purchasing either of the two, you made the right choice by looking into their differences first.

On that note, this article will tackle the potential benefits of each oil product and the several differences both have with each other. It might be best to start with a brief overview of both.

What Is MCT Oil?

Medium-chain triglyceride oil, better known as MCT oil, is extracted from palm kernel or coconut oil. It mostly consists of fatty acids, which have shown promising results when ingested.

For that reason, it’s become somewhat of a popular treatment in the health industry for various conditions. While there are similar extracts to MCTs, such as long-chain triglycerides or LCT, it’s easier to digest due to its shorter length. Hence, its effects kick in faster as you can easily absorb the substance in your bloodstream, which may be one of the reasons for its popularity.

What Is Hemp Seed Oil?

You’ve probably heard of hemp numerous times over the past couple of years. Hemp refers to a cannabis plant similar to marijuana, except it’s used for medicinal purposes than recreational. It has minimal amounts of tetrahydrocannabinol (THC), if at all, which is the cannabinoid causing the high in marijuana.

Hemp seed oil is simply the extract taken from hemp. Like MCT oil, hemp seed oil contains numerous fatty acids, yet another reason people associate the two with each other.

So, despite having made up of different ingredients and substances, the two carry numerous similarities, especially in their nutritional value. Nevertheless, their potential benefits and uses are what set the two apart from each other.

Before anything else, it’s essential to understand that MCTs are created initially as a means to give extra energy to individuals. This is because triglycerides are naturally occurring lipids that serve as an energy source to the body, much like carbohydrates.

However, recently, there have been claims that MCT oils may have other uses aside from providing energy, such as:

Studies show that MCT oil may potentially lower one’s appetite, which has lead to the conclusion that it can serve as an excellent weight loss alternative for fitness enthusiasts.

But remember that while research on this matter is certainly promising, it’s yet to show enough conclusive data that MCT oil is indeed an excellent weight loss aid. Moreover, there’s a possibility that other types of triglycerides, such as LCTs, can be a better option than MCTs when it comes to weight loss.

Research has shown some evidence triglycerides; specifically, MCTs can increase the energy levels your muscles can use. Hence, it may help fitness enthusiasts during their exercises or workout regime as it essentially improves strength temporarily. The said benefit may also prove to be useful for elderlies that are currently weak and immobile.

MCT oils may also increase the rate at which the body absorbs nutrients. Therefore, it might aid individuals suffering from problems and health conditions that prevent them from absorbing nutrients and fats properly.

Just like most hemp products, MCT oils show promising results in regards to their pain relief properties. When proven, MCTs can be helpful for elderlies and other individuals suffering from chronic pain and different types of inflammation issues.

MCT can help your body make ketones, an energy source for your brain that doesn’t have carbs. Some say drinking it will make your mind sharper. But if you don’t have a cognitive disorder, you aren’t likely to get a long-lasting brain boost just by adding some MCT oil.

Take note that while there have been several studies from different organizations on MCT oil, or MCTs in general, more research is required to fully understand its mechanisms.

Similar to THC, CBD is an active ingredient of cannabis plants. However, it’s not psychoactive, meaning it doesn’t cause a high to users. Instead, it has several potential health benefits. Also, hemp seed contains other ingredients that can be quite helpful, such as arginine, fatty acids, and linolenic acid. 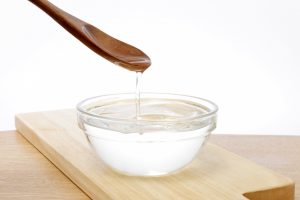 One of the main reasons why hemp seed oil became as popular as it is now is because of its skin benefits. Research has proven that hemp oil can help relieve pain and inflammation due to skin disorders as it contains numerous fatty acids. It may also serve as an excellent acne treatment, although further research is necessary.

CBD is known for its numerous potential benefits, one of which is reduced seizure frequency. Such property can be helpful for people who have epilepsy and similar health conditions.

Finally, studies show that hemp seed oil can potentially improve one’s cardiovascular health due to the arginine, an amino acid present in the substance.

What Makes the Two Different From One Another?

By now, you should be aware that these two oils carry numerous differences. For one, their main component is different—triglycerides for MCT oil and cannabidiol for hemp seed oil.

Since they have different active components, their effects also differ. MCT oil mainly focuses on improving quality of life, while hemp seed oil specializes in solving minor to major health conditions. Of course, their potential benefits are yet to be proven 100%, but the fact remains that their uses are different, if ever these claims turn out true.

While the two oils certainly have several differences, it doesn’t change the fact that they’re similar in other ways. If you’re planning on getting either one, it’s still best to try them out yourself, so you know the experience firsthand.

Of course, before doing so, you must first consult your doctor to avoid complications. Also, remember that these aren’t meant to serve as a standalone treatment for health conditions. It’s best to use them in conjunction with other treatments.