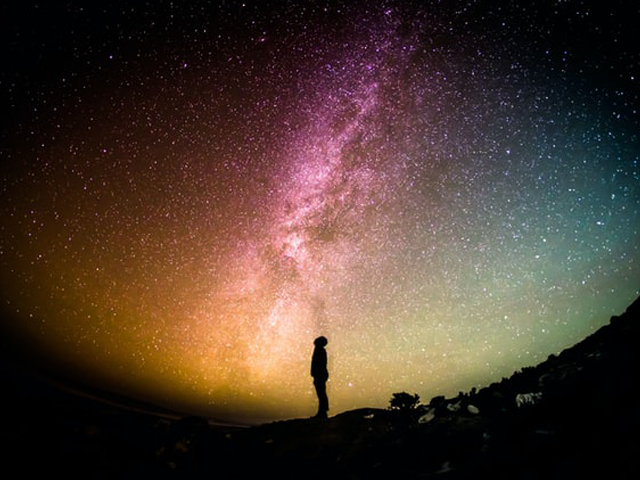 Whenever I have a dream where I experience a small level of conscious awareness (or lucidity, if you will), and am able to think about the fact that I’m dreaming and do a few interesting things – often consisting of marveling at my hands and putting them through objects – when I wake up, I typically question the experience.

Was it a lucid dream?

Or what it a dream about a lucid dream?

This thought haunts me to be honest, because there are many “lucid dreams” where I question if they’re really true lucid dreams or just dreams of having lucid dreams.

Granted, I realize this sounds crazy – so for the love of god, if you’ve ever had this thought, please tell me! J

(To clarify, I’ve had dreams with a very, very strong level of awareness that I do not question at all as being anything but a real experience of being aware while dreaming. This insanely lucid dream for instance comes to mind. It’s just the low level lucid dreams that bother me.)

Anyhow, this relates to my dream below in the sense that back in 1999, on my 19 birthday according to the date in my dream journal, I had a very strange dream: one in which I dreamt I was astral traveling.

Here’s what I wrote down back then.

I look at the window and think about jumping through it because it won’t matter; this is a dream.

At this moment, I wake up. I’m lying on the bed. I open my eye and know this feeling of WAKING, of separation, of coming back into reality.. this sensation was very felt. I’m confused, but amazed, but too tired to think clearly.

Then I wake up AGAIN and turn around in my sleep.

After this, in my dream journal I added the following:

I do have the memory of standing next to my bed and at the same time, I could feel my arms asleep, and I was thinking “I’m not really awake right now.” However, I do not know if I was sleep walking or I dreamt of that.

I also remember, somewhere in this dream sequence, of dreaming up DREAM WORLDS where everything floated; it was a kind of spaceless land. No floor, no ceiling. Instead, there were flat, spherical stones as steps. It was like a comic book. I remember waking up, knowing that this was a dream world.

This dream also has the element of a false wakening, an experience that fascinates me! The earliest false awakening I can recall happened when I was about 7 years old, and I’ve had only a few since then; false awakenings are such a mind fuck, I treasure having them. And then with the dream above adding in elements of astral travel and lucidity, you can see why this dream has stuck with me even though it was more than a decade since I experienced it.

Last night I went to an introductory Buddhist class here in my town.

I had a great time!

And as can be expected, the experience got my brain cells moving around and you know I love it when that happens…

I have been having a slow yet steady love affair with Buddhism for quite some time now. I feel that the theories laid out in the Buddhist philosophy, or religion, if you prefer, mostly make sense.

To cut to the chase, I think that the Buddhist framework for identifying the causes of suffering and removing those causes are realistic, tangible, practical, and meaningful.

Furthermore, I also think this framework inherently has nothing to do with theology or God, which in my search for truth,  I find incredibly seductive.

You see, I have a kind of unspoken motto I follow when it comes to all spiritual stuff: I don’t want to fool myself.

I strongly feel this way!

I’ll say it again: I don’t want to fool myself!

And that is why Buddhism is so wonderful to me because it presents such a well thought out method for being happy and living life; something that it testable and doesn’t rely on faith, in order to “believe” it.

That’s the thing really – there’s nothing to “believe.”

Yet there is one prominent aspect of Buddhism that is faith based.

And it’s the biggest hurdle I see that Buddhism has to jump here in the West in order for it to be applicable in the modern world: it’s those pesky ideas having to do with rebirth and reincarnation!

Even the teacher noted as such when he stated that the concept of rebirth was a big speed bump for him. He went on to say that if it was a problem for you, to simply set it aside and not worry about it. I really like that open mindedness but at the same time, I think it’s something that ultimately holds back Buddhist ideas from being applicable and relevant to a couple billion people. It’s a cultural speed bump, and one that many secular people are not going to accept because it doesn’t make sense to them.

Recently, Buddhist teacher and writer Stephen Bachelor took a nice step in jumping over that speed bump by publishing Confession of a Buddhist Atheist. I have not had a chance to fully read this book (yet) but it points to what I think is an inevitable evolution of Buddhism in an increasingly scientific world: Buddhism eventually is going to drop theological ideas concerning rebirth, reincarnation, and to the small extent that it’s even present now, it will also drop any emphasis on worship or deification of Siddhartha Gautama, aka The Buddha.

At least that is what will happen if Buddhism continues to spread in the Western world, where these two partners will evolve together in the ongoing dance that all cultures and religions take part in as each one adapts to the other.

Case in point: when was the last time you read a book on Buddhism written for Westerners that put any emphasis on reincarnation? For sure, it is in some, but even then, my point is that it’s not emphasized. And for many teachers, when talking to Western students via their books, rebirth is rarely mentioned at all.

Theology and Faith: Just A Distraction from What Matters?

“The wisdom of the Buddha is currently trapped within the religion of Buddhism.”  (Source: Shambala Sun)

I felt much the same way during a Q&A session of the class, wherein which people asked such questions as:

Can an animal be enlightened in a single lifetime?
Are people born into poverty and suffering because of their previous lives?
Can a human being be reborn into a lower realm?

(By the way, the teachers answer was no, yes, and yes, respectively.)

But I couldn’t help thinking:

Isn’t this just a huge distraction from what really matters?

Nothing in my day to day life has anything to do with the theological concept of whether or not an animal can become enlightened or whether I might be reborn as a roach or an ant.

And in this way, I see a connection between how when Buddhism (or anything) steers into theology, you quickly get steered into activities that are somewhat meaningless.

What do you guys think?

See, per my motto of “not fooling myself” I tend to get really hung up on points like this. I need everything to make sense, to add up. In a way, the idea that these things are distractions has become a self fulfilling prophecy for me – the irony being that (even the absence of ) these beliefs has still become a distraction. Oh vey!

Note: I really would love to hear others thoughts on the points raised in this article. And to clarify, I have much love and respect for the millions of Buddhists who believe in rebirth, which includes nearly every Buddhist teacher I’ve studied and learned from by reading their books.