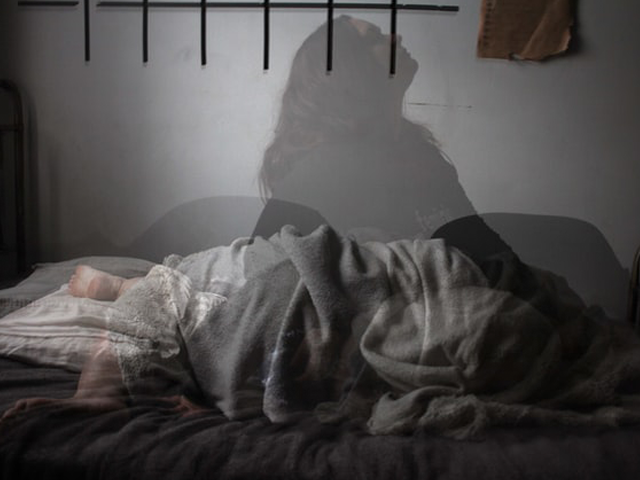 I’ve been fascinated with the thought of floating around in an isolation tank ever since I first saw the film Altered States ten years ago.

Um – what is an isolation tank, you ask?

Ironically, the film Altered States is even (loosely) based on the work of John Lilly, although I don’t think in real life he de-evolved into an ape and went on a rampage attacking people and eating raw animal flesh. 🙂

A few days ago I happened to find a nugget of gold at my local used bookstore. Sitting on the shelf, almost offensively in the new age section, I saw John Lilly’s definitive book on his research into isolation tanks, titled The Deep Self: Profound Relaxation and the Tank Isolation Technique.

Published all the way back in 1977, this book is a bit of mixture of 2 things – scholarly research into sensory deprivation via the isolation tank & how it effects the brain, and the philosophical underpinnings of the experiences and what it means as far as reality/mind.

About half the chapters convey a very scholarly approach on the topic at hand, covering everything from how to build a tank, to problems, obstacles, issues you might have in using the tank, to what to expect in the tank, to how they conducted their research, and so on. This is based on 20 years of research.

The other chapters are somewhat strange and occasionally hard to follow  – these are the chapters with Lilly espousing his ideas on reality, but (for me) too often draped in very scientific and mathematical terms.

It’s more than that though – he has this unique angle of how he writes & even a separate vocabulary of words and concepts that now, in 2008, sound quite odd to me. For instance, he regularly uses words such “biocomputer” , “metabelief”, “cybernetic” and “inperience”. External reality becomes e.r, and internal reality becomes i.r. Lilly constantly jumps his words together using a bracket or hyphen to connect similar concepts, resulting in very odd sentences such as “most other minds are not prepared to hear-understand-grasp what it means to explore-experiment-be-immersed-in such states.”

But don’t get me wrong here – it sounds like I’m putting down Lilly, and I’m not. He’s become a sort of personal hero to me, as I feel drawn to his passion for wanting to understand and his bravery and dedication towards using himself as a research subject, even at the cost of his own personal life and professional life.

I truly think he was tortured by his search for understanding, and this passion was the guiding principle of all his actions, no matter what the cost.

“Many of my former colleagues disavowed me…I understand their belief systems and the power such system have over our minds. I do not recriminate them, nor do I blame formers friends for not maintaining contact with me.

In my search (for “What is Reality?”), I have driven myself (and hence, close associates-relative-friends) to the brink of the loss of all communicational contacts for months at a time…. I have explored and have voluntarily entered into domains forbidden by a large fraction of those in our culture who are not curious, are not explorative and are not mentually equipped to enter these domains.”

These chapters on reality contain some of the most fascinating pieces in the book, with Lilly mapping out stages and ranges of consciousness/experience and exploring the old mind / brain / body problem (but in a way that I felt he was adding to the argument, and not just rehashing the same old ideas).

Finally, at the end of the book, we get to read logs of peoples experiences in the tank!

This is maybe the best part of the book.

Really, I had no idea just how far out you can go through sensory deprivation inside one of these tanks.

Some of the experience reports are so far out there, I have to wonder if they were conducting the experiment in combination with a psychedelic substance. (Lilly and friends were no stranger to LSD and other drugs, by the way!)

I want to quote at length from these logs, because I think the reports of the actual experience make for a more immediate understanding of what isolation tanks are all about.

Take a look at these excerpts:

“Gradually I seemed to make a head-on 180 degree roll so that I was facing down into an impenetrable night. Dawn broke from the eastern horizon, illuminating a vast desert of glittering sand a hundred feet below me. The sand became transparent and directly below me was a polished black granite monolith……in the center…was encased a sculptor of Jill. The effigy was of monumental size… when her eyes met mine, two lines of graphite streaked across the desert, straight to the source of sunrise beyond the distant mountains.”

“Immediately experienced floating out of body shell. Roamed and sauntered through a kind of cosmic park, full of density but infinite boundaries. People’s images occasionally came in and out of this…. Then as wondered on this, sudden enlightenment  – there is no such things as separate consciousness.”

“Although nothing happened in the first two sessions, hallucinations were experienced nearly every time thereafter…. They would continue for hours. I was always aware that I was hallucinating and part of my mind was nearly always making observations. There were the usual out of body…hallucinations…. When I moved my hands (actually in the water) I would see them move and sky appear between the fingers. I have later had imaginary flights over scenery. “

“I lost boundaries and time sense, immediately disappeared and I experience total peace and a feeling of unity…. What I experienced was a continuous void that was not boring, yet empty, not engaging, yet full.”

“Moving into an absolute void (experienced as consciousness of the interstellar space.) Timelessness. No difference between minutes and millions of years. Ending up the experience with feelings of regeneration, purification, refreshment, clarify.”

(This last quote is from Stan Grof. You may recognize his name. Interesting, I also saw Andrew Weil in the name of tank loggers, along with Richard Feynman (Yes, the Richard Feynman of quantum physicists fame. He spent something like 35 hours in the tank for Lilly’s research), and Ralph Metzner. )

I really cannot believe how “far out” these logs read though. Many times over, I get the impression that floating in the tank, consciousness becomes like that of a dream. Sometimes people can direct the hallucinations, creating a sort of waking life lucid dream hallucination. This just blows my mind!